Short and Simple Summary of The Sea: "The Sea" by Edward Bond 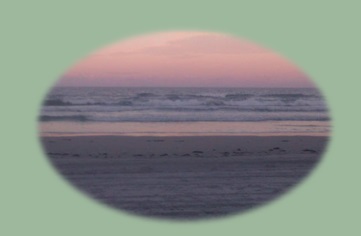 The Sea Short Summary: The play begins with the storm in the sea where Willy is trying to save his friend-Colin, a native of the town. When he sees Evens, the mad man or perhaps seer, and the draper, Hatch, he does his level best to call them for help but Even utters nonsense while Hatach tries to threaten Willy. Basically Hatch is under the illusion that some aliens would come by the route of sea to rob and rule the world. Therefore the wild storm and presence of humans are beyond his understanding. Therefore, he does not help them.

The Mrs. Rafi, a middle class lady greater influence over the town and its people, is seen with her authorian mode of dealing with Hatch. She is at his draper shop for some buyings. During her conversation with Hatch we come to know that she is social worker too. She has appointed Hatch as the coast guard. She questions him where he was when the man named Colin was drowned. Here Hatch lies that he was not there in that storm. She places a heavy order of cloth which Hatch is to import from abroad. However, Hatch is very happy to have this order. She treats her servants like children are treated upon mischieves.

Mrs. Rafi is rehearsing the play she is to perform for raising coast guard fund. At this moment Willy comes to visit her. He tell her in detail of what happened at the sea. He even mentiones the names of persons that did not help him in saving Colin. Mrs. Rafi goes to the shop of Hatch and inquires but he denies having done anything of the sort. The corpse is found eventually. Willy and the fiance of Colin are present there. They see the corpse and set out for obtaining some piece of cloth to wrap it. When they are away Hatch comes and sees the dead body of Colin, he begins to hit it attack it with knife deeming it an alien. Because he believes that aliens reside inside the dead or alive once they have captured them.

Hatch runs away when he sees Willy coming. Later Mrs. Rafi refuses to collect the piece of cloth ordred by her. Hatch begs her to collect because he has invested his all in importing that cloth. He pleads but to not avail. Mrs. Rafi refuses to trade with him. He, out of desperation, wounds her and runs away from the town to the beach. Later he is arrested and sent to the police. Mrs. Rafi advises her niece, the fiance of Colin, to go away from the town because it seems to have been haunted. Nothing changes there so she needs to leave the town with Willy. Willy accepts this and goes away with her from the town in the search of change.